WindowsFX can take away the Microsoft Windows Single Kingdom article for you if you are a LinuxFx lover or looking for the best alternative to Windows.

WindowsFX What You Can Take away Before you start the Microsoft Windows Single Kingdom article, let’s learn more about WindowsFX / LinuxFx.

The operating system I am talking about is basically a Linux based kernel. It would not be wrong to call it the Clone of Windows 10.

Yeah Al that sounds pretty crap to me, Looks like Windows 10 Clone ain’t for me either.

This can be a blessing in disguise for those who want to run Linux but are not familiar with it.

Let’s take a closer look at why I wrote in the title that WindowsFX can take away the single kingdom of Microsoft Windows.

At first, you will run Linux but everything will be like Windows so it won’t be a problem.

Secondly, you can have fun with Linux Tools, you can run more or less Windows Software.

Because it will be a pre-installed updated version of Wine. So that you will not feel unfamiliar.

Instead, you can gradually take control of Linux.

A team of Brazilian Linux experts created this LinuxFx in 2004.

Which has been able to make Windows 10 Clone by modifying Ubuntu.

They have named this kernel “WindowsFx”.

It consists of a fully flexible Cinnamon Desktop feature.

And so it could be a threat to Microsoft because it has both Linux + Windows features. 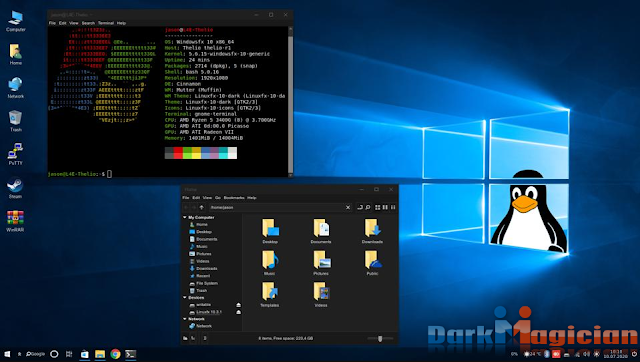 From Start Menu to Icon, File Explorer, Control Panel, or Wallpaper, whatever you say, everything looks like Windows. 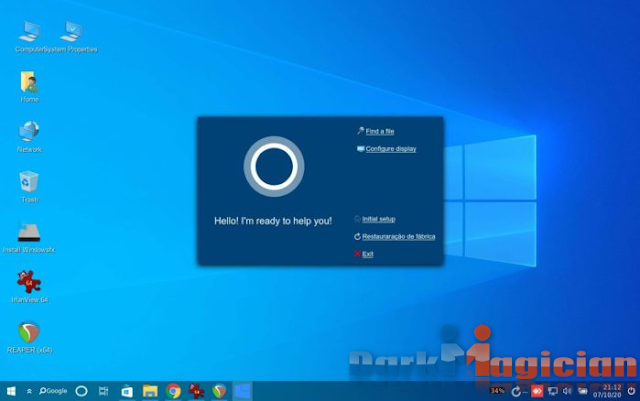 Just like you use Cortana for Windows, you will find this Personal Assistant named “Helloa” in WindowsFx. When you install this Linux Kernel. For you, “Helloa” will automatically free you from the hassle of some small work in addition to Graphics Driver, Screen Resolution. That means he will complete it by himself. According to lead developer Rafael Rachid, “Helloa” is still in the first place. And they’re working to make Helloa even better. They are working to add Google’s artificial intelligence to the Voice Command. Rafael Rachid also said that they want to give “Helloa” all the features like Cortana of Windows 10. 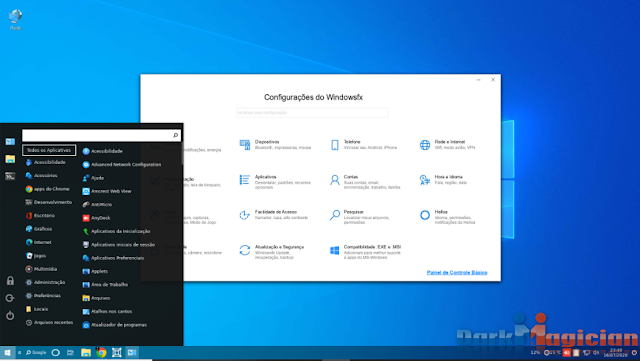 Also, WindowsFX can take away the single realm of Microsoft Windows and all the Pre Build Tools they have added to it. 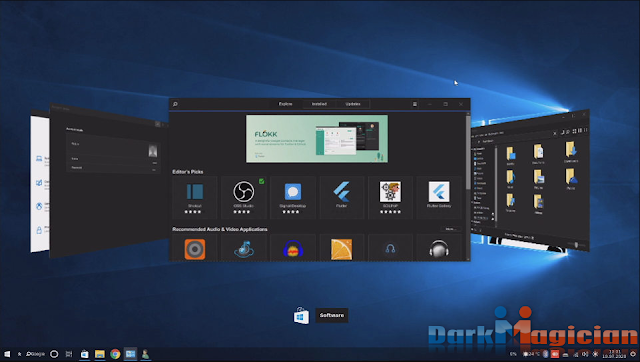 You will get Office Suite 5.6 which will make the official work easier.

Any Desk that you can use to run through another PC Remote Connection.

“Wine” which will help you to run a Windows program in Linux.

You can use “OBS” for live streaming or recording.

You also get some more tools like Skype, Zoom, Telegram, Team Viewer which will make your work easier. 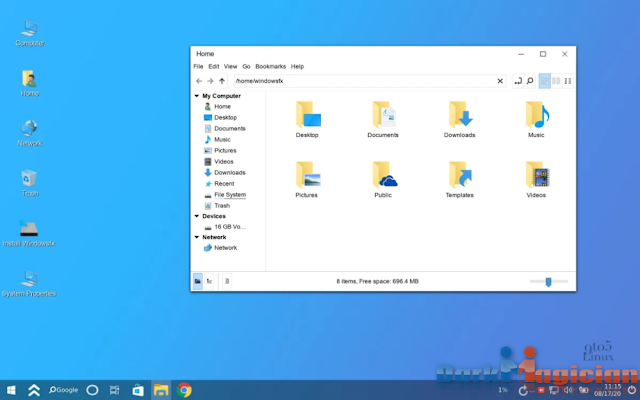 You will find an Easy and Very Fast operating system. Which you can easily use if you have 2GB Ram with 2 Core Processor.

It will be Safe and Stable because Malware or Virus Developed for Windows will not work in WindowsFX. Because it’s not a Windows Platform, you’re safe.

You will find much pre-build software as well as thousands of free apps to collect from the store.

Exe, Msi Compatible because it will contain Wine 5.

Windows 10 Theme with some tools used more than Windows 10.

You can use it on a 64 Bits PC as well as between Raspberry and Asus Tinkerboard. 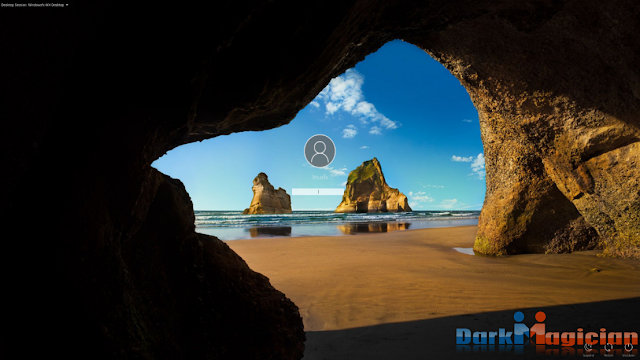 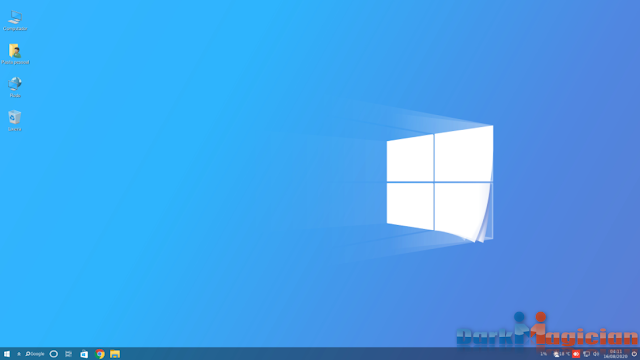 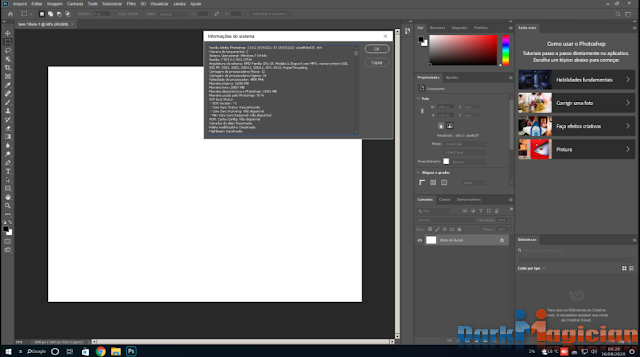 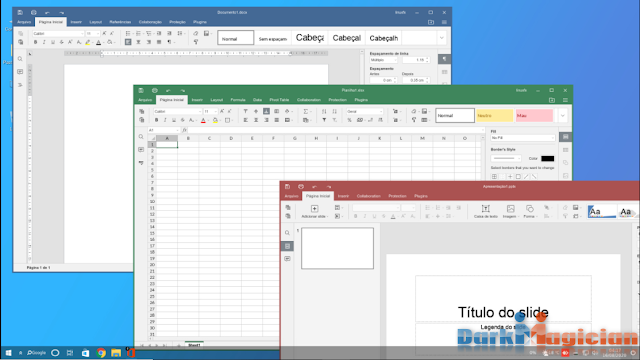 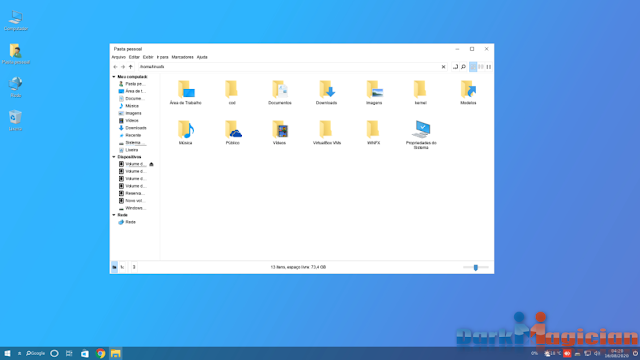 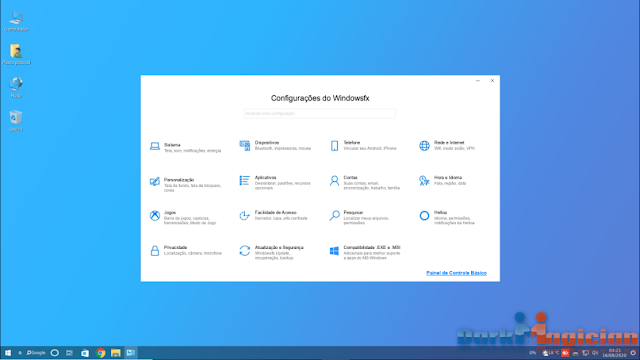 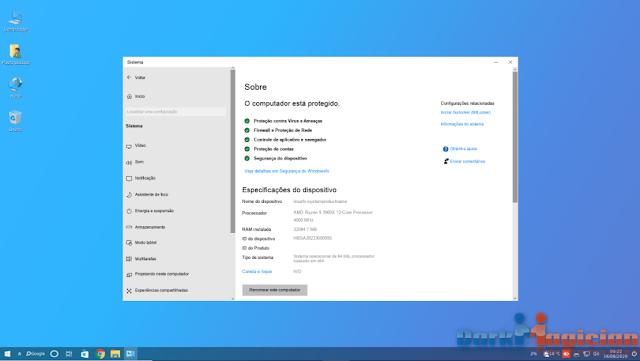 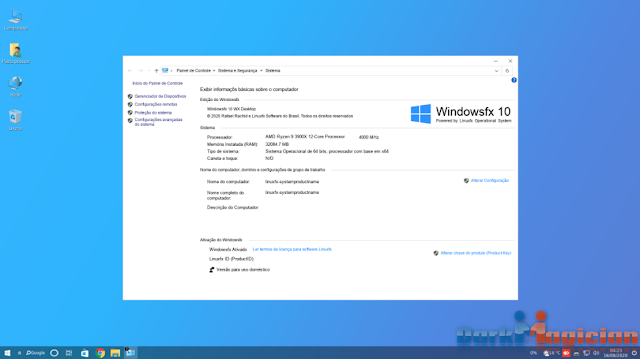 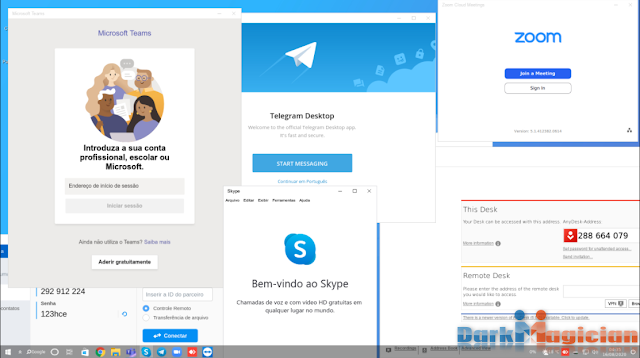 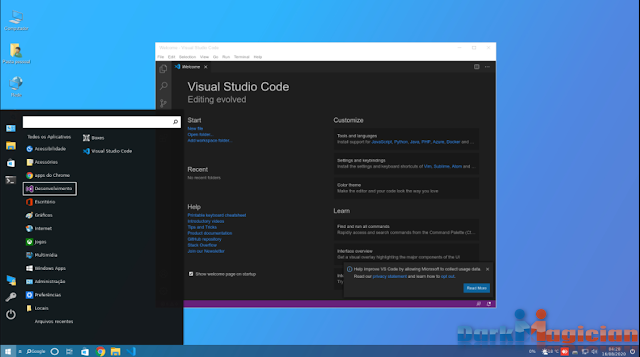 Don’t worry, don’t be afraid to see Brazil’s language above. It has the English language for you. Only the official images have been attached above.

I am writing the article from Windows 10 so it was not possible to take all the images from my PC due to time.

The review went to the top, but if you want to try it at least once like me, below is the download link.

If used. I would like to announce the end of the article on the single kingdom of Microsoft Windows that WindowsFX can take away.

But that would have left my Hat-Tricks century incomplete.

You will need a Pen drive which is better if the size is above 8GB. 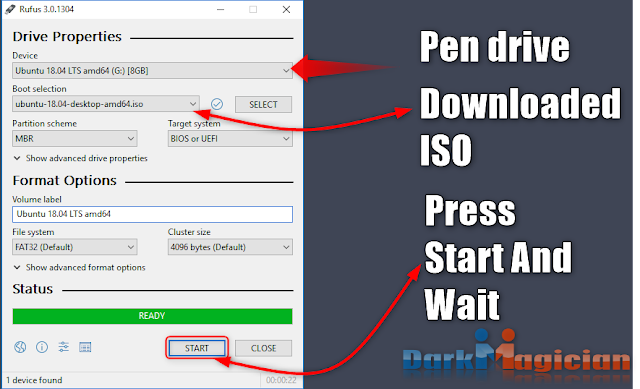 Enter Rufus. When Rufus is turned on, set the USB Drive in the first cell. Select the downloaded ISO by clicking the Select button. Select MBR or GPT according to your PC. Finally, click on the Start button and wait. 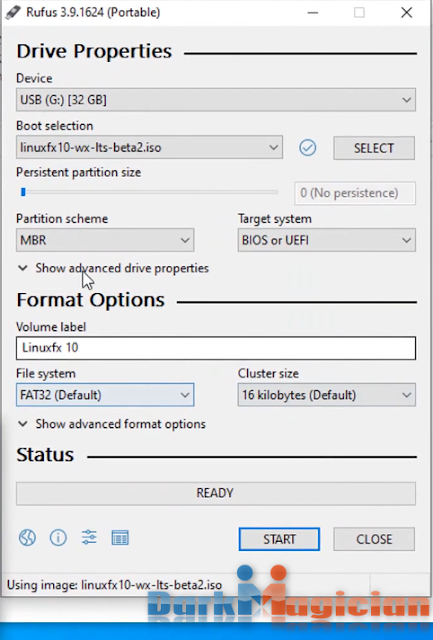 Your task will be to install WindowsFX / LinuxFx with the bootable Pendrive. Restart the PC for this.

Enter the Bootable Option according to your PC type. 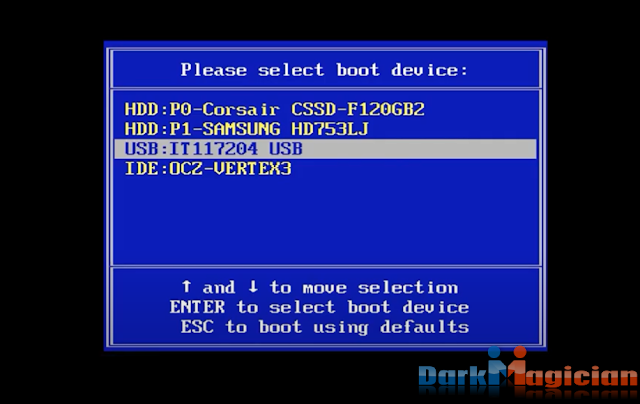 If you have succeeded in setting the bootable USB drive, Live Windows FX will be turned on 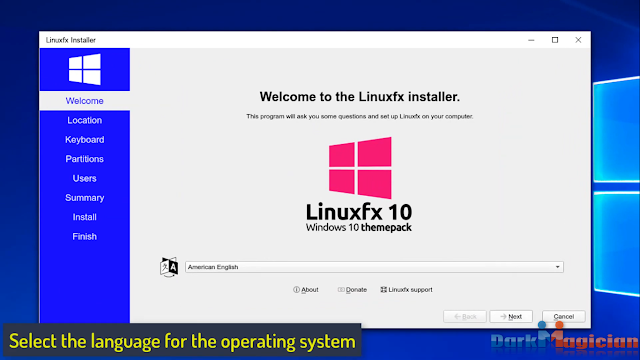 First, determine the language in which you want to run WindowsFx and click the Next button. 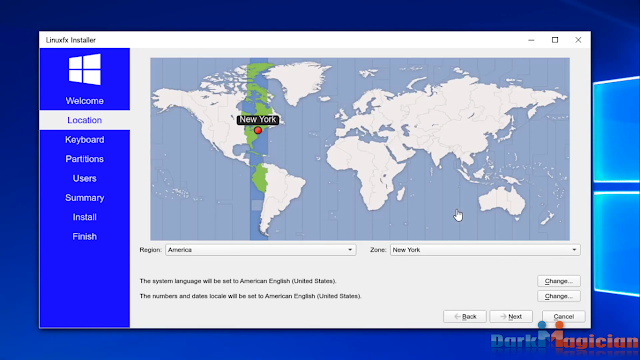 Select Bangladesh and Zone Dhaka from Location and click the Next button. 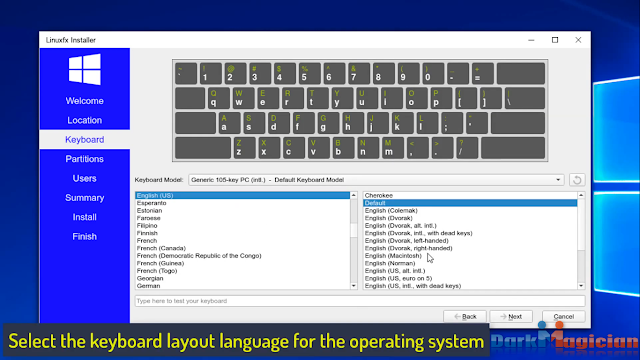 If you want to select the Keyboard Format, you can leave it in Default and click the Next button for English. 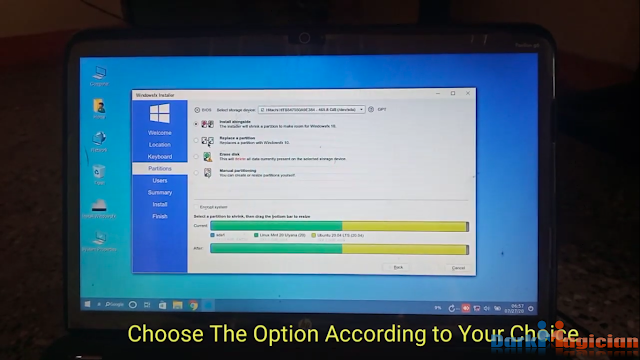 For Dual Boot, select Install Alongside and click the Next button.

You can use Manual Partition if you want. Or you can install Windows FX 10 on the entire hard disk using Erase Disk. 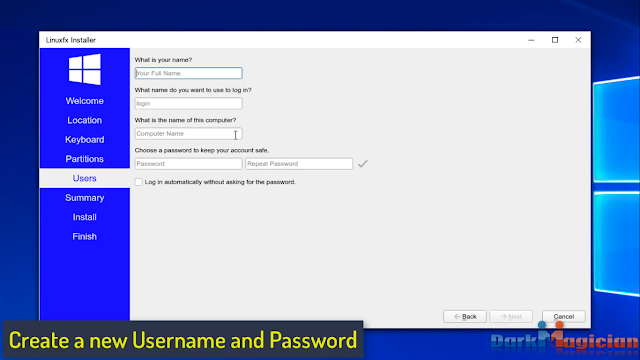 You have to give your information so you have to confirm your name as well as User Name, Computer Name, Password, and click on the Next button. 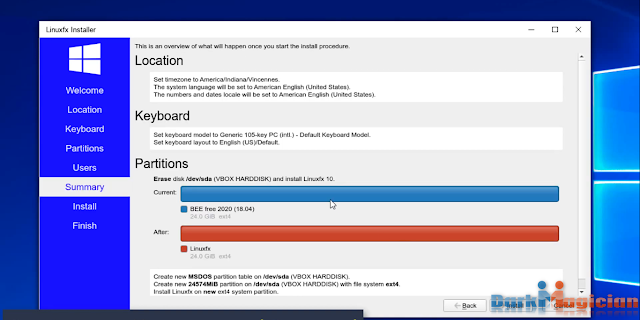 Check all the information from the Summary to see if it is OK. I will erase and install the complete HardDrive so my partition looks like that. However, if you have scheduled Install Alongside, you do not have to do anything. Just click the Install button. 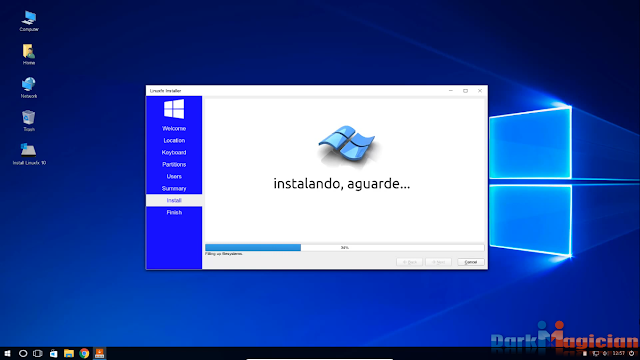 Then you don’t have to do anything, wait until it is installed. Once installed, restart the PC and continue running Windows 10’s Clone Linux Kernel WindowsFX.

I don’t know what WindowsFX can take away from you. But if you like the point, don’t forget to give us your valuable feedback.

Then I wasted a lot of time saying goodbye to you like today.

See you some other time with something new. However, if you want, you can come back to see the other articles written by me from the link below.